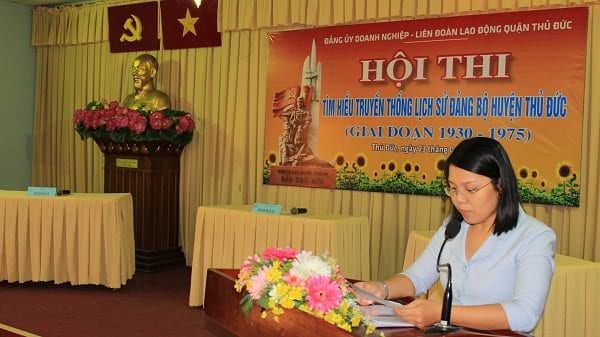 According to the Plan No. 21-KH/QU dated December 25th, 2015 of Thu Duc District on organizing a competition on the history of the Party Committee of Thu Duc district (period 1930 - 1975);

– Organizing propaganda on the tradition of the Party Committee and THE People of Thu Duc district in the period of 1930 - 1975 to union members, officers, teachers and personnel of Thu Duc Vocational College

– Helping union members, officers, teachers and employees be aware and proud of the tradition of the country, the people of Thu Duc; selecting the team to participate in the competition at the cluster level.

III. A NUMBER OF PICTURES TAKEN FROM THE COMPETITION