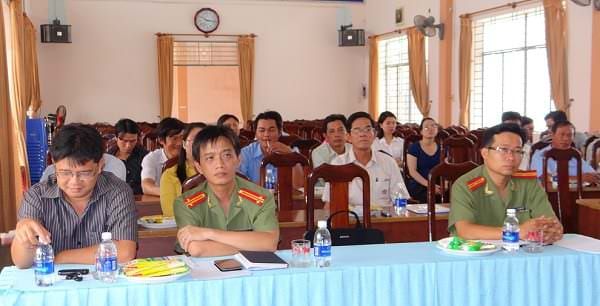 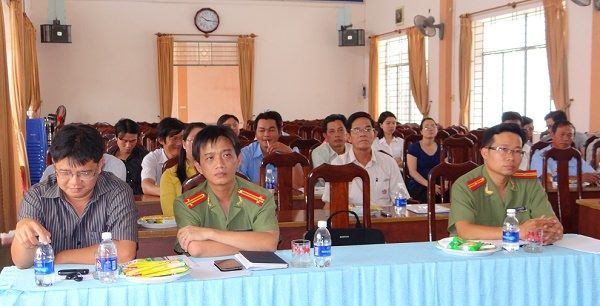 in the prevention, detection and combat against crimes and social evils, in order to protect national security, maintain social order and safety, and protect corporate assets.

In order to maintain political stability and ensure security and order in the whole system, in addition to proactively preventing bad acts affecting security and order, the company also well takes care of the life of workers and employees, preventing strikes and protests from happening; promoting the synergy of employees, mass organizations in the company, actively participating in preserving, order, and preventing crime and other social evils.

Assessing that the security and order situation in the coming time will be complicated and unpredictable, Mr. Nghia suggested the company continue to propagandize and educate employees to raise awareness of good implementation of the labor law of Vietnam; raising the spirit of vigilance in front of incite strikes; strictly comply with the laws and regulations of the State; well implementing the fire prevention and fighting; do not produce counterfeit goods; actively participate in the prevention and fight against crime, social evils and criminal denunciations at the company; coordinate with functional agencies and State management agencies to well implement policies on wages, health insurance and social insurance for employees, prevent strikes affecting local security and order.

On behalf of the company, Mr. Kieu Cong Thanh - the Chairman of the Board of Directors sent his thanks to the authorities of the Ho Chi Minh City Police, Thu Duc District Police for always facilitating and guiding professional work and accompanying with the company over the past time in the movement of protecting National Security and the crime prevention in new situations.

On this occasion, Thu Duc District Police also awarded certificates of merit to Tan Thanh, Mr. Tran Van Hung - the President of the Trade Union, Mr. Mai Duc Thinh - Chief of the General Director's Office for their outstanding achievements in the movement of protecting National security.