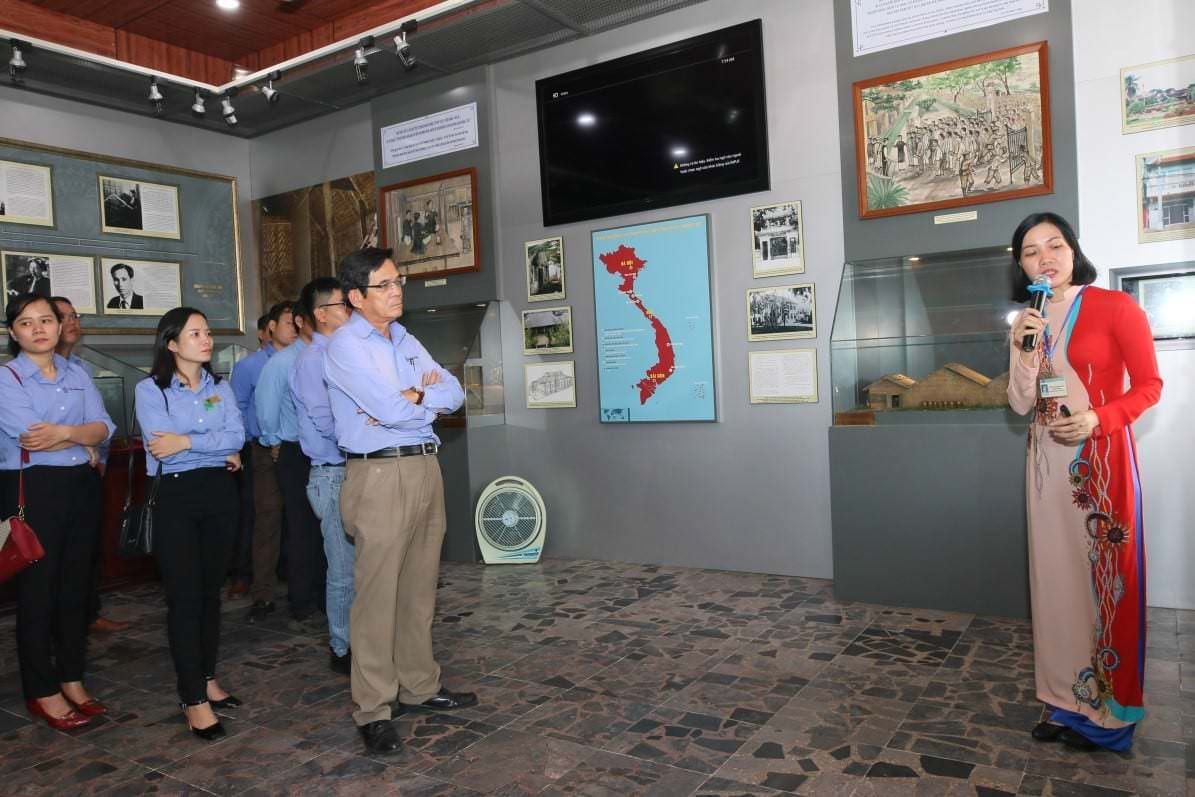 Journey "Back to the origin" is an annual activity implemented in accordance with the policy of the Tan Thanh Company’s Party Cell with lots of meaningful activities on the occasion of the 74th anniversary of the National Day, September 2. This is also a practical activity in order to educate the national heroic traditions and to promote patriotism, love of revolutionary heroism for officers and employees of the Company.

On the occasion of the 74th anniversary of the National Day (September 2, 1945 - September 2, 2019) and the 50 years of fulfillment of "President Ho Chi Minh"’s will. Tan Thanh Company’s Party Cell organized the journey of "back to the origin" visiting Nha Rong Wharf for all Party members (August 27, 2019). There, the delegation offered incense to Uncle Ho, visited the campus, watched movies, watched documentary images and listened to meaningful stories about Uncle Ho.

In the morning of August 27, 2019, the delegation visited Nha Rong Wharf, where President Ho Chi Minh named Van Ba, 108 years ago, boarded the Amiral La Touche De Tréville Ship. There, he began his 30-year journey to find the way to liberate the nation from colonial oppression and exploitation. 108 years have passed but for the Vietnamese people, his footprint is still bold on Nha Rong Wharf.

At Uncle Ho memorial room, the leaders of the Corporation and members of the delegation respectfully held Uncle Ho's incense offering ceremony. On behalf of Tan Thanh Company's Party Cell, Mr. Kieu Cong Thanh - Secretary of Party Cell offered incense to commemorate and reported to Uncle of the achievements that Tan Thanh’s Party Cell had achieves in recent years.

In front of Uncle Ho's spirit, each person who attended the ceremony promised and vowed to forever remember Uncle Ho's teachings, constantly study and cultivate revolutionary morality, actions after saying, dare to think, dare to do to achieve the best results, determine to build a strong Tan Thanh’s Party Cell with proactive integration and development.

After the incense offering ceremony, the delegation visited Ho Chi Minh Museum in Nha Rong Wharf, watched documentary films about the life and career of President Ho Chi Minh, viewed pictures and familiar artifacts of Uncle Ho as well as listened to emotional stories about Uncle Ho. Through close and simple stories about Uncle Ho, members have gained more useful information about his life, career, especially his revolutionary moral example.

The journey "back to the origin" is an opportunity for Tan Thanh Company’s employees to review the glorious historical traditions of the nation, supplement historical knowledge, tighten solidarity, thereby creating motivation for completing the assigned work, contributing to the development of Tan Thanh.

The journey back to the origin was short, only lasting for a day, but it left a lot of impressions and good memories in the hearts of the delegation. Thereby, it contributed to further raising awareness, sense of responsibility, solidarity, attachment, creating a motivation to enthusiastically complete the work at the company.