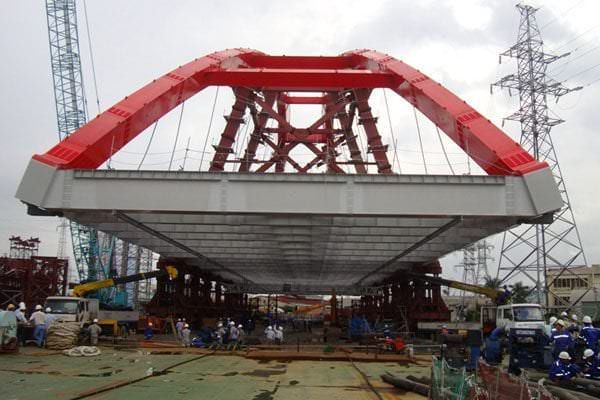 After the Traffic Newspaper published "Trying granting licenses for super-sized and super-weighted vehicles online", many transportation companies expressed their wish to implement this policy soon. 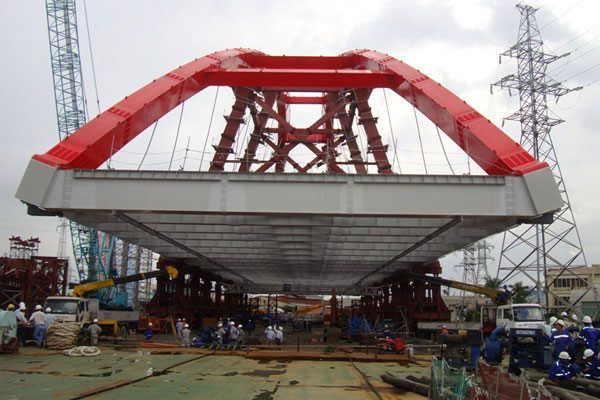 In addition, enterprises also expect all information related to this licensing type of transport to be publicly and transparently such as: Do super-sized and super-weighted vehicles need an escort vehicle, guide vehicle? Or how is the licensing decentralized?

We brought inquiries from transport enterprises to Mr. Nguyen Cong Thanh, Deputy Director of Department of Road Management IV. Mr. Thanh said that Circular 46/2015 of the Ministry of Transport has clearly defined the conditions for super-sized and super-weighted vehicles. In this circular, it is specifically explained that super-sized vehicles are the ones which cannot be removable. When loading onto a means of transport, the outer length of the vehicle and the cargo is greater than 20m, the width is greater than 2.5m, the height from the highest point of the road surface is greater than 4.2m, for vehicles container larger than 4.5m. The overweight cargo is non-removable cargo, weighing more than 32 tons.

In order to transport these types of goods, the transporting enterprise (DN) must use a vehicle of suitable size and payload, and licensed by the competent State agency for circulation. In case of modular trailers with coupling functions used to carry super long and overweight cargo, the registry confirms that the vehicle is allowed to pair the modules together.

Mr. Thanh said that in the past, the licensing of circulation for super-sized and super-weighted vehicles was under the power of the Directorate for Roads of Vietnam. Currently, this licensing has been decentralized to the director of the Department of Transport, the director of the Department of Road Management. Special cases in service of security, defense, energy works, disaster prevention and search and rescue shall be decided by the Minister of Transport. From the beginning of the year up to now, Department IV has only issued circulation certificates for three super-sized and super-weighted transport vehicles.

The Directorate for Roads of Vietnam also said that from now until the end of the year, the authorities will study to build a software system to license special circulation for super-sized and super-weighted transport vehicles.

Hearing this news, Mr. Minh Thanh, director of a major transport company in Ho Chi Minh City was very happy: “The plan to issue a special online circulation permit of the Directorate for Roads of Vietnam is very active. This is a step in reducing administrative procedures, creating more favorable conditions for enterprises”, Mr. Thanh said.

Mr. Bui Van Quan, Chairman of the Ho Chi Minh City Cargo Transport Association, said: “The authorization for the directors of the Department of Transport and the Department of Road Management to issue special circulation permits has created more conditions for enterprises. Being granted licenses online, enterprises can reduce travel expenses and waiting time”.

When to have escort vehicles?

According to Mr. Nguyen Cong Thanh, Circular 46/2015 details cases where road surveys must be conducted before transporting super-sized and super-weighted goods. Specifically, when loading on a vehicle whose outer dimension is larger than 3.75m or higher than 4.75m, the road must be surveyed first.

Mr. Thanh said that due to the characteristics of super-sized and super-weighted goods transportation vehicles, in some cases, an escort vehicle is required. In Clause 3, Article 14, Circular 46/2015, when loading goods onto means of transport, if the width of the combination of vehicles and goods is greater than 3.5m or the length is greater than 20m, there must be an escort, guiding vehicle. Or when transporting vehicles at the road reinforcement work locations also require escort, guiding vehicles.

Regarding the escort force, leading the delegation, Mr. Thanh said, units wishing to transport super-sized and super-weighted goods must contact the forces themselves according to regulations on escorting and leading the group for support and bear the costs. “Recently, there is also a unit contacting the department to ask escort to guide the transportation of super-sized goods from Ninh Thuan to Ho Chi Minh City, but due to the inspection force of the department, there were few people so they could not meet the need, the unit has to self-contact with other forces ”, Mr. Thanh said.

The inspection and supervision of circulation of super-sized and super-weighted cargo vehicles are under the responsibility of forces such as traffic centers and traffic police on duty. Vehicles that are transported without a license, or do not comply with the provisions on the license, will be treated according to regulations. In case the road construction is damaged due to the failure of compliance of the regulations, the carrier shall pay fine in accordance with law.