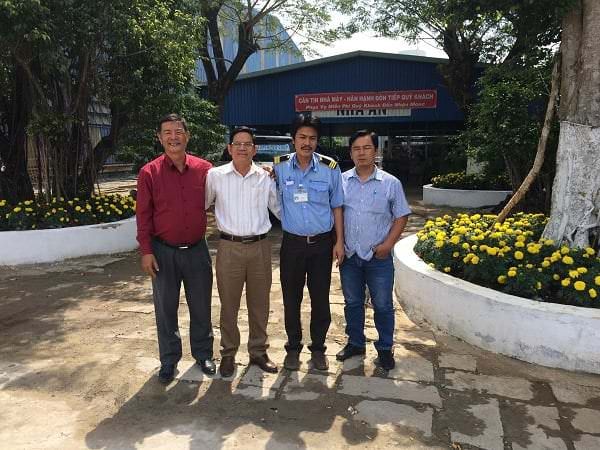 In the joyful atmosphere of welcoming the spring of Binh Than and the Lunar New Year of 2016, with the motto of not forgetting the duties, under the direction of the Board of Directors of Tan Thanh Company, the Company Security Department has been on duty in turn to protect assets and prevent fire and explosion as well as emergency situations during the Tet holiday.

In order to motivate and encourage officials and employees who are assigned to be on duty on the New Year Eve, in the morning of February 9 (the second day of the Lunar New Year Eve), representatives of the Board of General Directors, trade union visited, worked, and sent wishes for Tet holiday at the branches of Tan Thanh company in Ho Chi Minh City. Speaking at the meeting, Mr. Tran Van Hung, the trade union’s president, conveyed the Chairman's New Year wishes to the security departments, and also instructed the security teams to regularly check the prevention of fire and explosion. electrical equipment, ensuring security in the area of the yards. Also during the meeting, the Board of Directors also sent lucky money at the beginning of the year to all employees on duty. Representatives of the working group at the sites were delighted and committed to the Board of Directors to well perform the assigned tasks during the Lunar New Year 2016.

Some pictures of the visits: